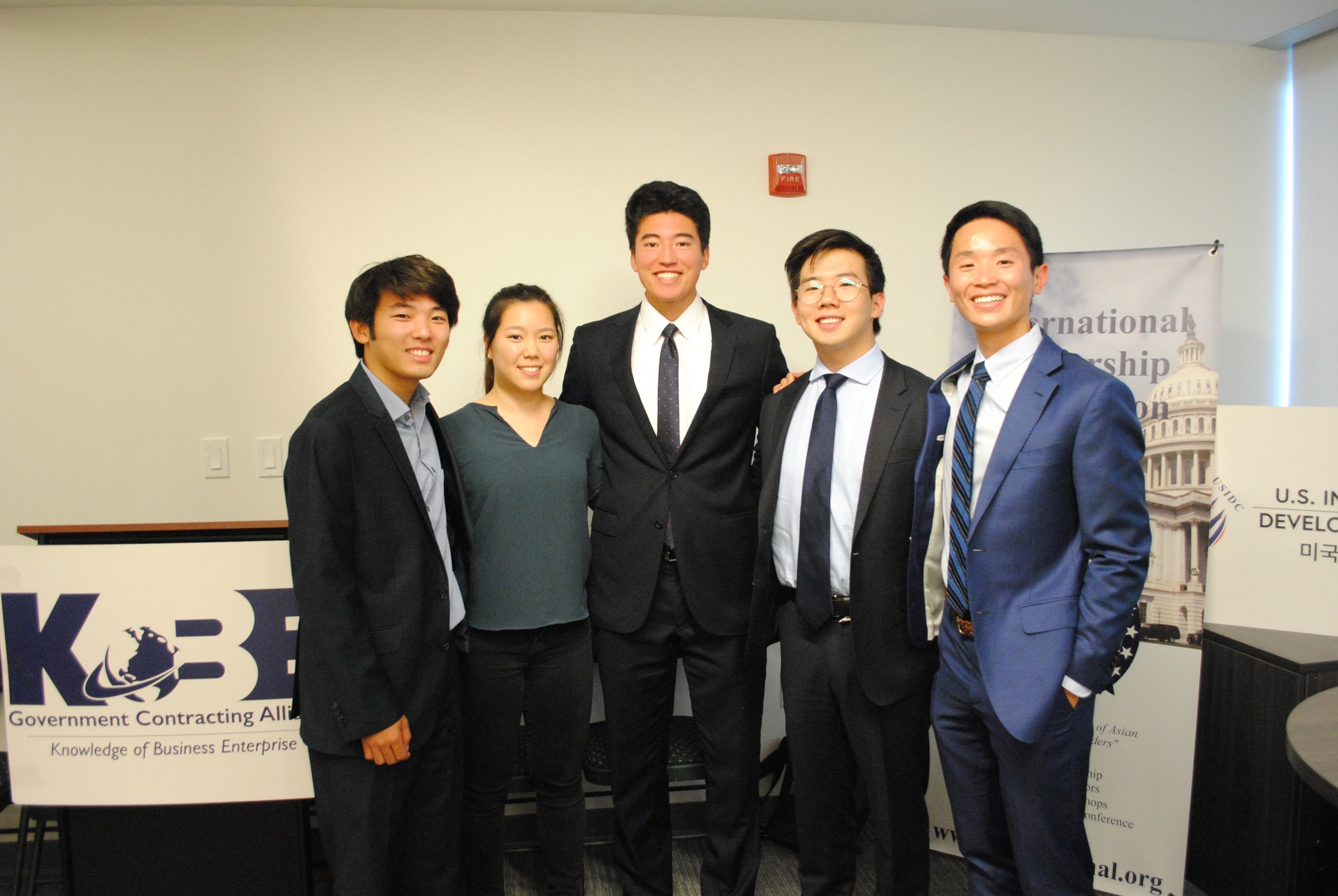 KoBE Government Contracting Alliance and U.S. International Development Center (USIDC) are proud to support outstanding Korean American students who will be leaders for our community and the nation in the future, partnering with the International Leadership Foundation (ILF), KoBE and USIDC invited the students to share their testimonials on how they have found their path to federal government/public service internships and fellowship. If any student who is currently enrolled in college is interested in this opportunity, please visit www.ILFnational.org. 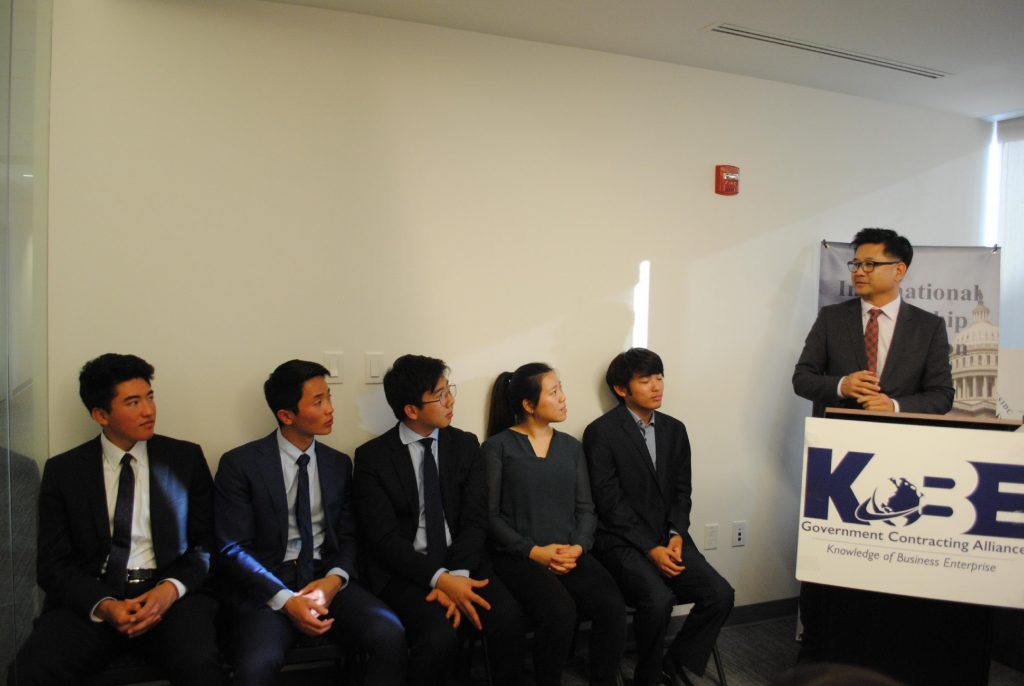 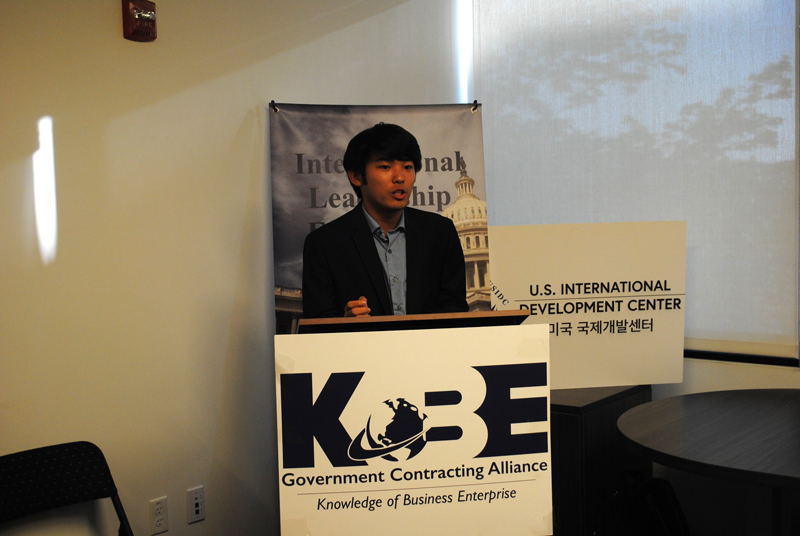 “I was forwarded an email about the fellowship program and read about how Asian-American leaders could come to DC and work for the federal government to learn about public service.

For my current internship, I’m in the communications division. So what I basically focus on is marketing and also the communications for the Office of Minority Health, which focuses on health disparities in minority groups such as Asian-Americans, African-Americans, and Hispanics. Through this internship I was able to participate in a couple meetings, including a refresh meeting among stakeholders for a peer health educator program that OMH started. They send different programs around the US to different colleges to train college students to teach their peers about health equity and health disparity.

So far I’ve learned in government that not every day is action packed, it’s sometime slow, and you really have to push for what you want in this experience — so that’s something to keep in mind.

For ILF, we are also doing a policy project. For my group we are focusing on environmental health, specifically marine litter in Hawaii. We felt it was an important issue to address as Hawaii consists of a large AAPI population. I am able to utilize the resources at OMH to work on this project. … I learned more about budgeting, public speaking, and current issues…. Most importantly, it has taught me that being Asian-American is a strength, and that you should embrace your identity and use it to your advantage.” 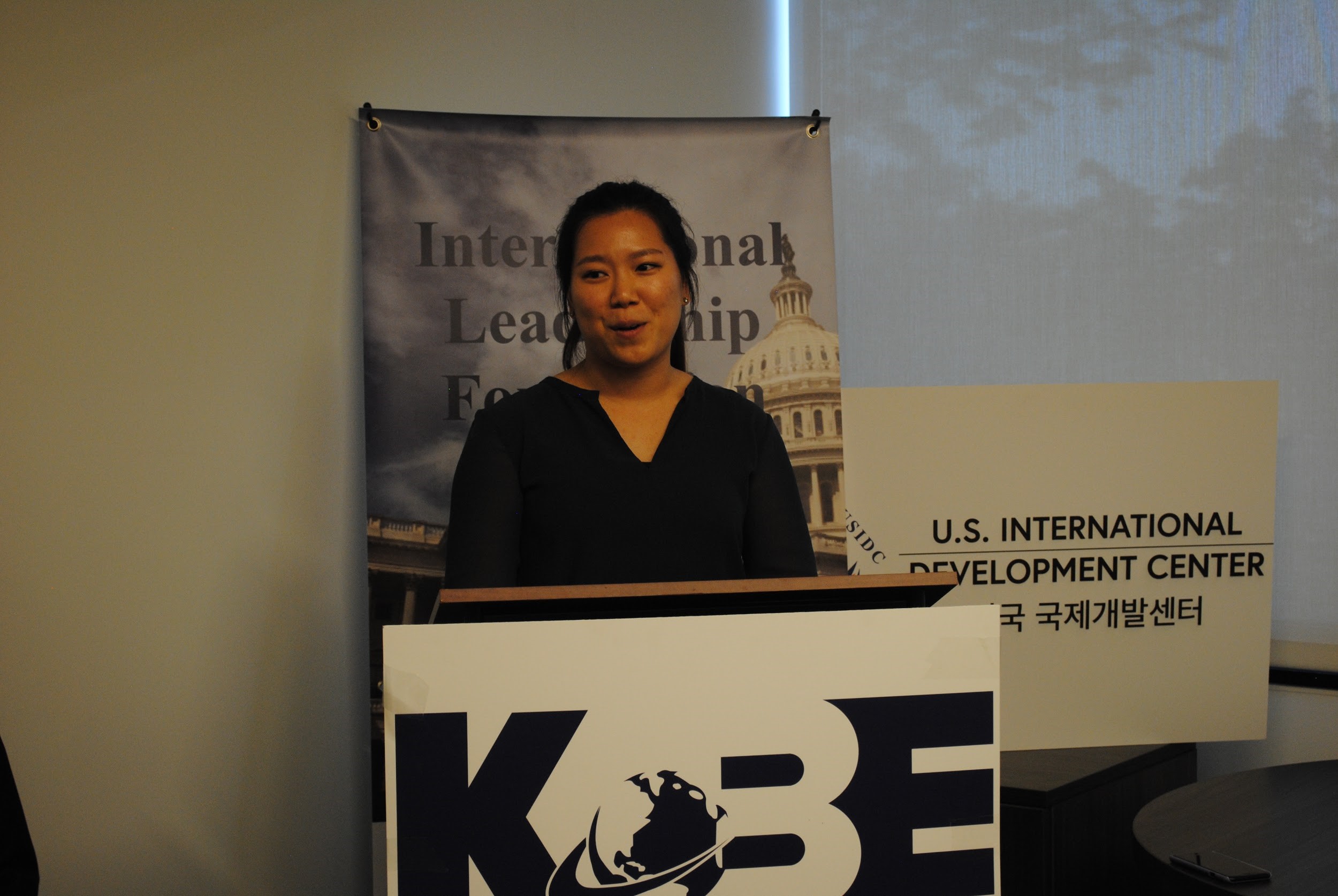 “This summer, I have the honor of interning at the US Department of Education at the office of International and Foreign Language Education.

I’m currently working with and distributing grants, they’re called the Fulbright-Hays Group Projects Abroad program. We basically provide the funding so that students, faculty, and institutions can have the opportunity to do research, training, curriculum development abroad. Through this I’m learning so much about what it means to take care of a large sum of money, the office allocates $7 million. ..So on my responsibility I have the opportunity to actually conduct interviews myself, and directly talk with a lot the people that are interested in the program, former grantees, as well as create the presentation that will actually be presented on the webinars. I think that this will obviously provide me the firsthand experience of actually working in federal agencies.

I also serve as the main point of contact for any prospective reviewers or applicants…The more that I learn about public policy, the more I was exposed to public policy than I have my entire life. In the two months that I’ve been here, I’ve been realizing that public policy is inherently interdisciplinary, and I think I realized this when I was working on the civic fellows public policy development. So the civic fellows, as Kevin mentioned, are required to work on a public policy and my group is focused on educational policies, so providing educational opportunities as an equalizer for any individual regardless of gender, race, socio-economic background; just providing the same opportunities for everyone. We kept hitting roadblock after roadblock, because we were just focusing about the framework only within education, while a lot of the public issues are very intricate and interconnected. So we realized that when we take all these issues, we realize it’s the interplay of all these separate issues that makes it more complex. I think that’s when we were able to create a more efficient policy that could reach its full potential and be the most effective that it could be.

ILF has given me the invaluable experience of just having opportunity after opportunity to not only explore what it means to be a Korean American that works in federal agencies, but what working in a federal agency is comprised of. And also that having an Asian-American voice isn’t just beneficial for our own ethnic community, but actually for the greater public at large.” 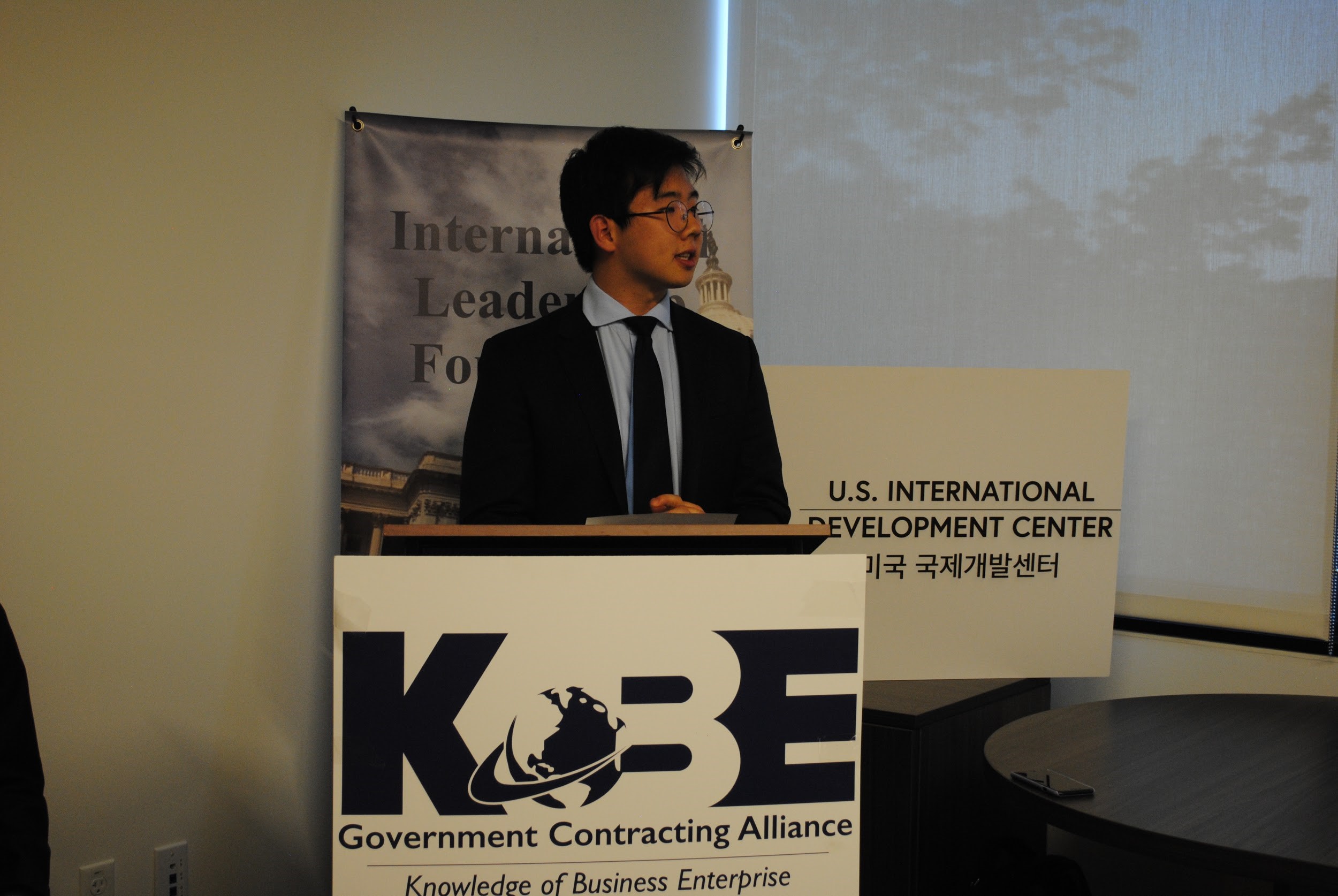 “I’m currently in the Scheduling and Advance team for the Office of the Secretary, and my main role as an intern is assisting the preparation of the briefing books for the Director of Operations and the Secretary, herself. So basically putting together documents and making it easy for her to read.

I think I was very fortunate to be placed in the Department of Transportation, because it gave me a new perspective towards the inner workings of the government and it provided me a new opportunity to explore something I hadn’t done before.

The public policy I have been beginning to get more interested in deals with the technological advancement of robotics and artificial intelligence. That was quite pertinent to me, especially in the Department of Transportation with the development of driverless cars and advancement of technology there has been concerns for safety, and I guess the regulation of those newly developed technology has been a big issue for the secretary herself and the department as a whole.

I see myself very fortunate have that exposure to that opportunity and gaining a new perspective. I think ILF itself has allowed to me search for my own passion, and it has allowed me. I think it will help me understand what I value for finding my career path in the future.” 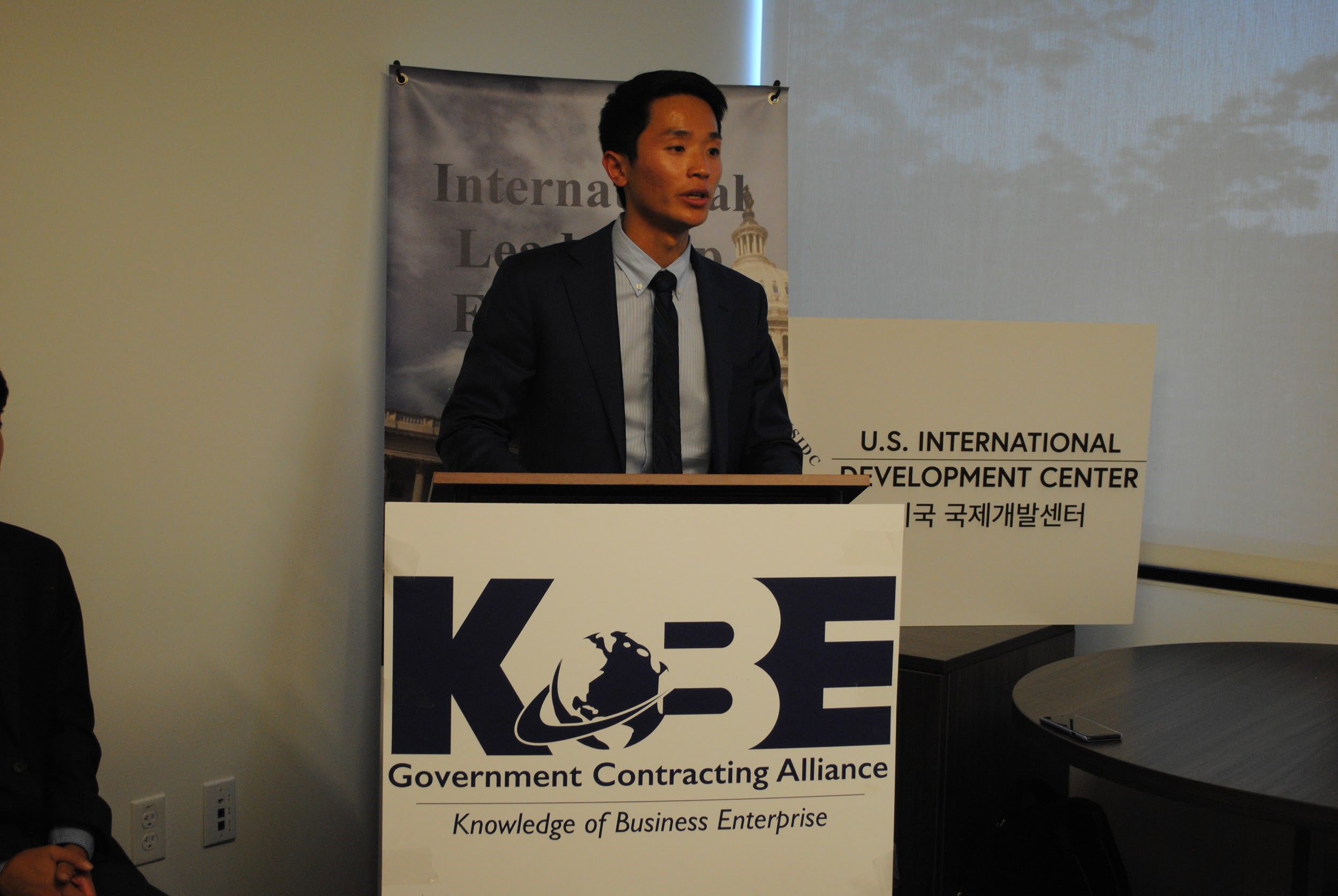 “I am currently interning for the Office of Minority Health which is part of the Health Resources and Services Administration which in turn in is part of the Department of Health and Human services.

My work has mostly revolved around the opioid crisis, which is an actually pretty big growing crisis in the US. For the past several weeks some of the things I’ve done are conducting a literature review of the papers published in the last two years about this. I’ve also penned an introduction for a novel study for one of my supervisors that focus on the the effects of the opioid crisis on ethnic subgroups. And then, what I thought most interesting, was that I was even able to use some of my computer background to shift through drug overdose mortality data from the CDC’s national data repository.

The biggest lesson that I’ve learned in government is how intricate it is. That so many people can be working on so many seemingly different parts of the same project, but if you take away one part of that, the entire project just falls apart. You have people from within the Department of Health and Human Services, you have a lot of different offices, and all these offices are collaborating on different projects and yet the leadership structure each has their own leadership structure. It’s interesting to see how each of them came together. I think that the other lesson I learned is how imperative it is that people in these offices are able to work and get along with each other. One of the other fellows was mentioning that things tend to be slow, right, but when people get along with each other things happen a lot more quickly.

Really, until now I didn’t really know how I wanted to accomplish that, but after joining ILF and the HHS I think health policy is something that I’m very interested in potentially. So that may be becoming a public health official, political appointee, or even running for an office that focuses on improving health in the US. Through this program I’ve had the wonderful opportunity to get to know some other ILF fellows that have encouraged me, and also shared their experiences and aspirations in public policy. These discussions have really solidified my plans to explore public policy as a potential future career for me.” 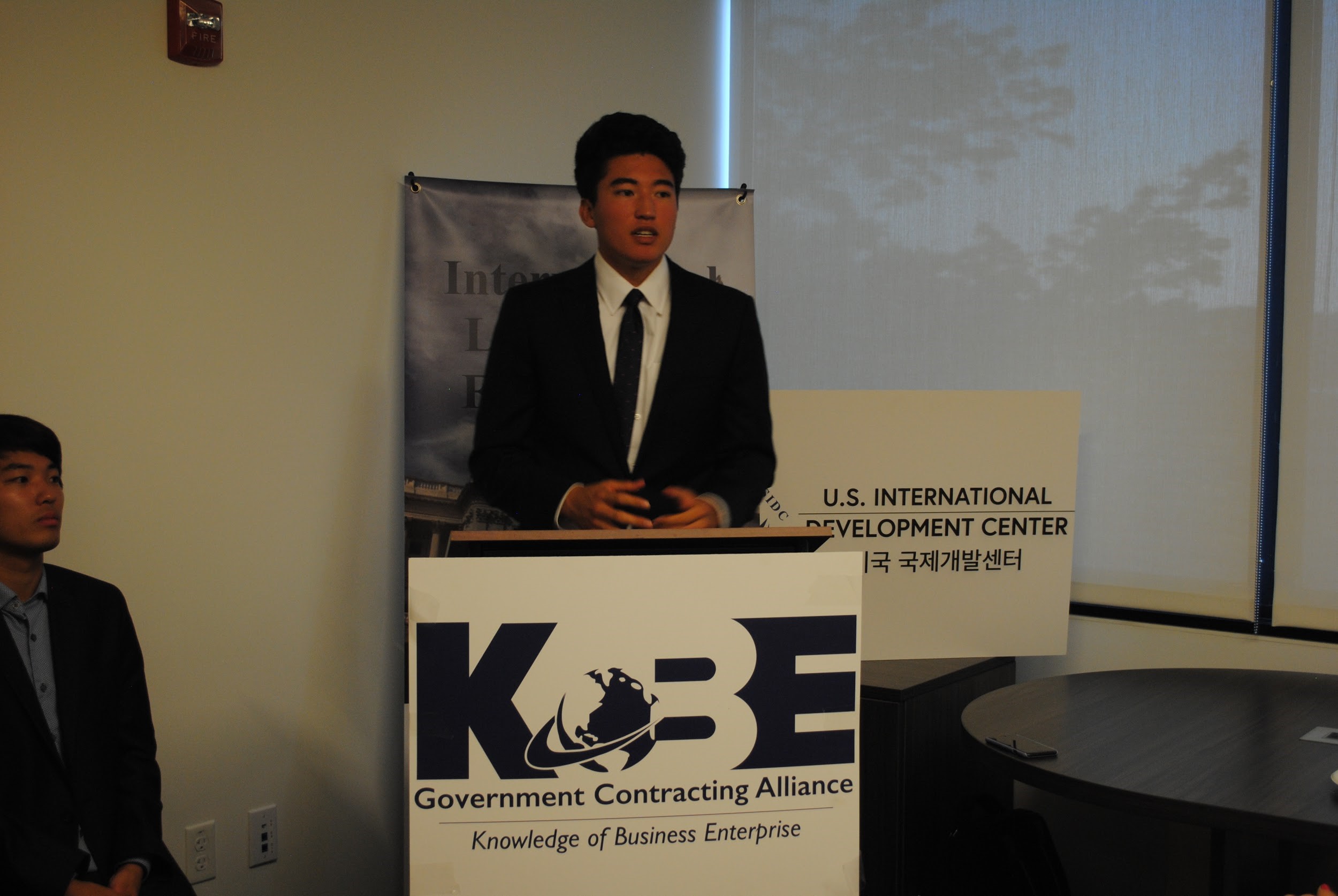 “I’m a data science intern at usaspending.gov, also known as the data lab. Essentially we take data from 90 different government agencies and we process the data, then we look for insights for publications and tools used for other agencies within the government.

I’ve been exposed to so much already from my internship, data science, and product management. In fellowship we’re learning about policy and being in touch; being put in front of really influential people, which is really exciting. Just being in DC and the people I’ve met here has brought me so many events ranging from late nights at the Smithsonian’s to events like health crisis discussions with congressmen as well as other leaders in that field. I’m personally tech regulation and healthcare. I’ve been able to interface with plenty of experts in those fields just simply being in DC and being involved in events that the ILF has gotten me into. So I don’t necessarily have a huge ambition to retune the government, but the skills I have picked up from the ILF internship and being here definitely bleed into those I’ll be using in private enterprise. I am definitely more confident with government relations, Government contracting, research, and of course, data science.” 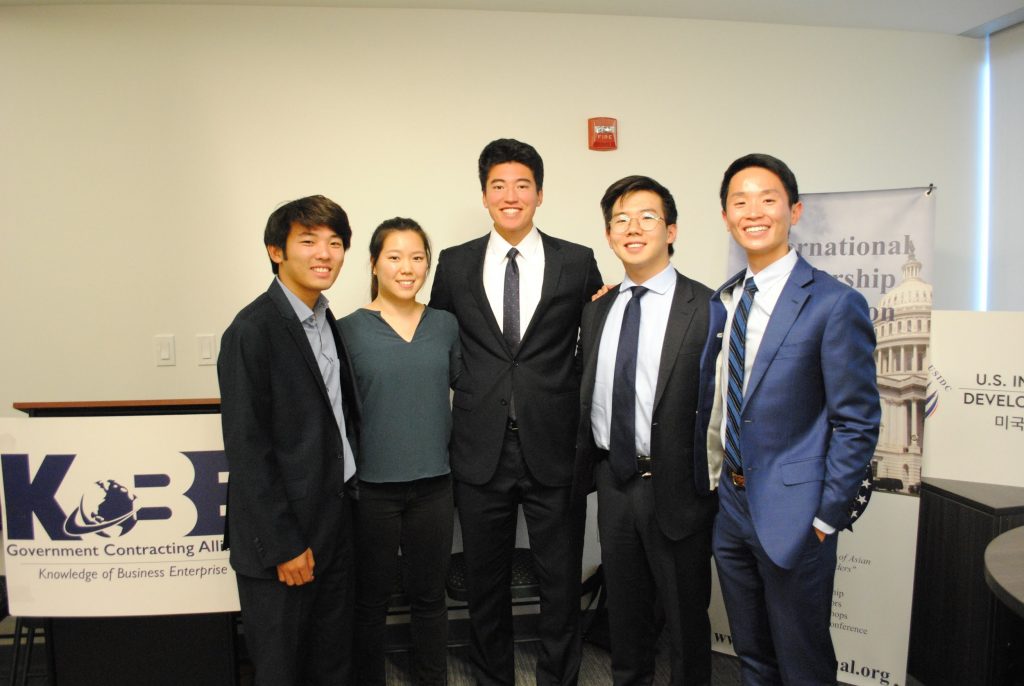